The Upper West region of Ghana is the county’s poorest region. It has an eight month long dry season with a hostile dry and dusty Harmattan wind; this flat, semi-arid Savannah terrain supports a sparsely distributed population which survives from subsistence farming rearing animals and growing millet. Supplies of water for irrigation and safe water for drinking are woefully inadequate. The Region has significant problems related to water borne disease including mortality, malnutrition, absenteeism because of illness, low income, under achievement and outward migration of young adults. Ghana Outlook has been working since 2014 with Upper West partner Coalition for Change to give some relief to these severe water, sanitation and agricultural issues. 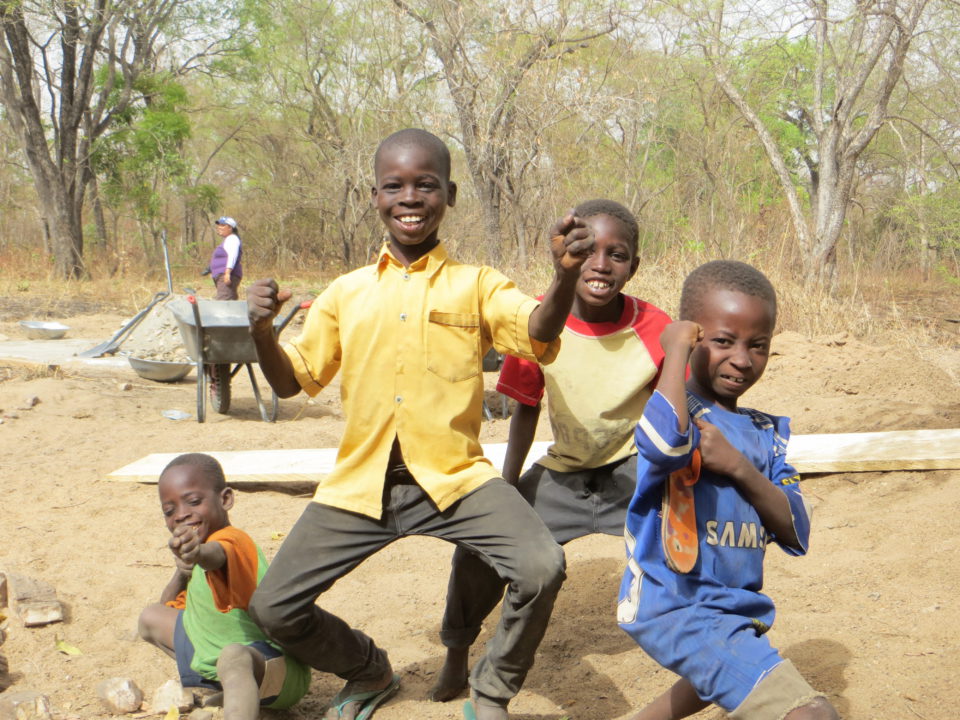 One significant intervention has been to construction of a sand dam in 2015 on a sandy, ephemeral tributary of the Black Volta near to the Kpaloworgu community which barely survives on the level of subsistence farming possible. The site has all the essentials required for a sand dam; a small seasonal river with underlying impermeable rock or clay and an abundance of coarse sand in the river flow during the rainy season. There was extensive evidence of scooping to gain access to retained water below the sandy riverbed which extends down to impermeable rock or clay some 3.0m below. However, the banks of the stream are only 2.5m high and information on flood levels is entirely anecdotal. It was decided, therefore, to build a dam founded on the impermeable clay and protruding only about 30cm above the sand in the stream bed, thereby reducing the risk of the banks being overtopped during the rainy season. 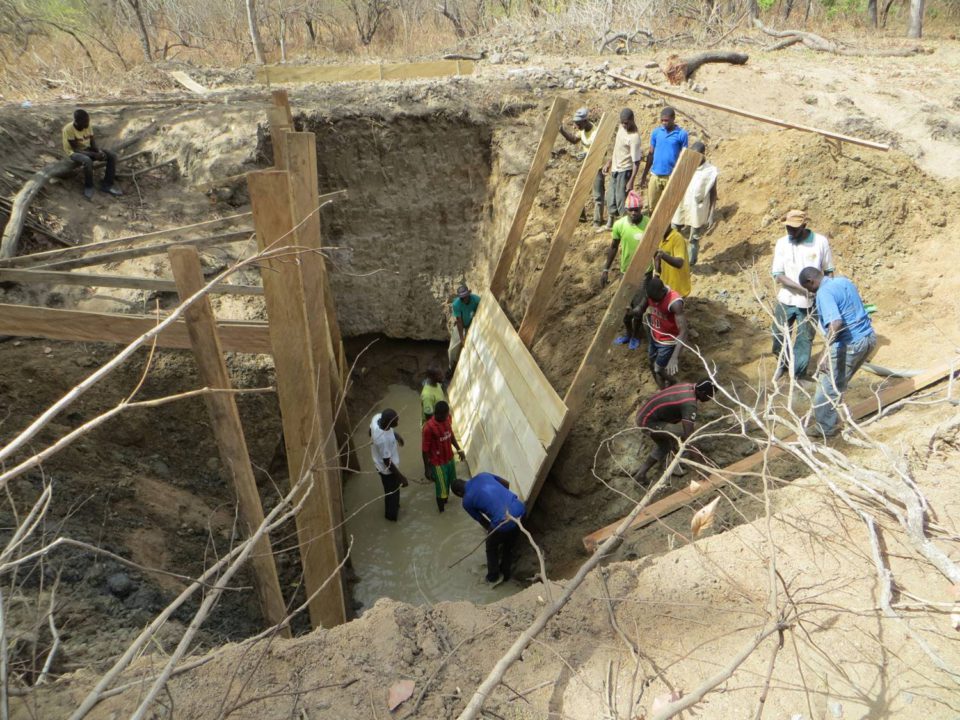 At the height of the dry season, the community dug out the sand down to the level of the underlying clay, reinforce to walls of the trench with timber and then hand mixed and placed some 25 m3 concrete to form a dam across the stream and finally back filled the trench with the excavated sand. The resulting sand dam is almost entirely hidden below the sand in the stream bed. 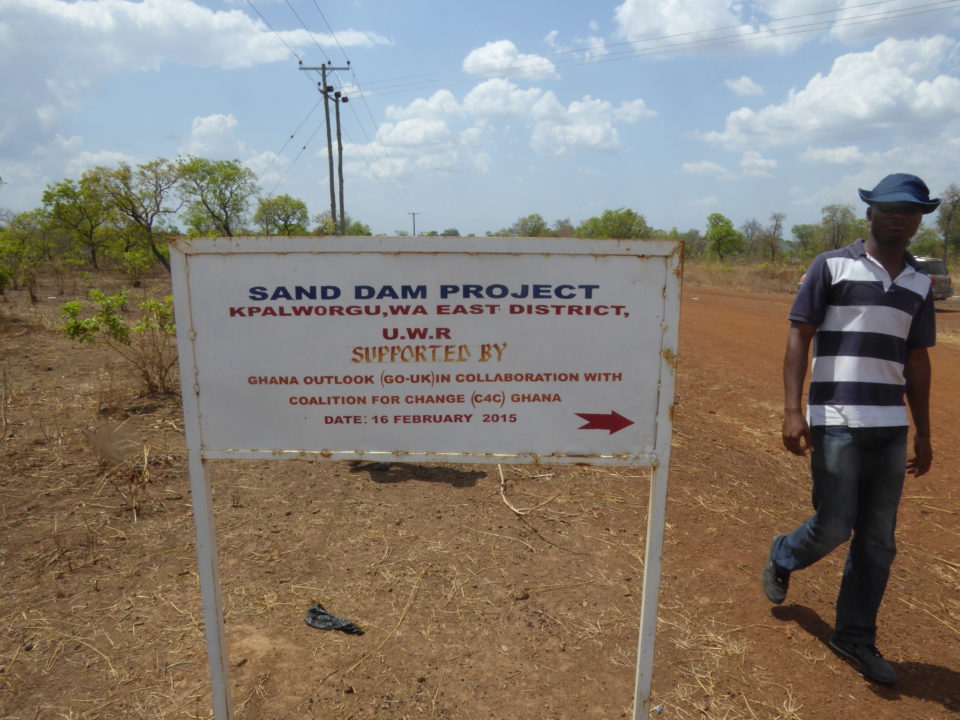 At the beginning of the dry season, when the water has subsided, the 3.0m deep sand in the river bed is fully saturated and water percolates within the sand down the gradient of the riverbed. The sand dam arrests much of this water and thereby creates a subsurface reservoir of water about 3.0m deep at the dam, stretching 350m upstream and at least 8.0m wide. This new resource of filtered water is available for domestic and agricultural use and is making a difference to the lives of the Kpaloworgu community. 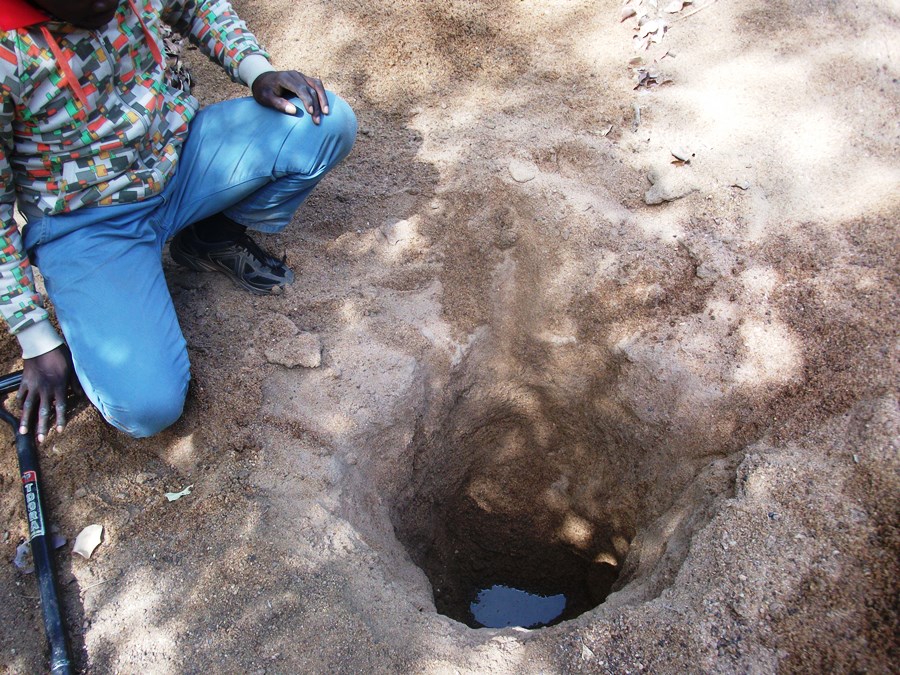 The dam in its first dry season successfully retained water sufficiently to encourage farmers to undertake a trail plantation of crops. Water now could be extracted from the saturated riverbed and used to feed the plants. A successful harvest was the result

GO is now seeking funding support to provide a well sunk into the riverbed so that water can safely be extracted using a simple bucket method. This is seen as a stage 1 of water extraction easement.  A pump could be added to the well later, once the well has proved that water remains at depth that a pump would be beneficial, and when a realistic plan for removing the pump and sealing the well at the beginning of each rainy season has been agreed. 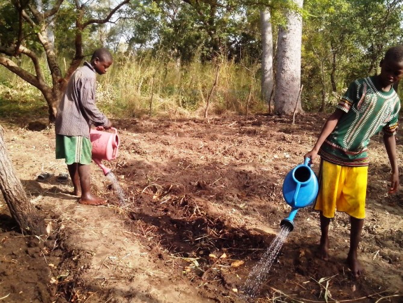 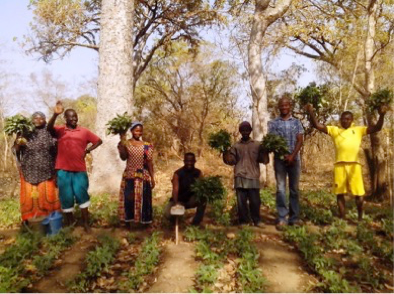